You have your own personality and some of the following tattoos for men truly provide a style statement to many. The clothes you wear define your character. What you eat, how you walk and the way you carry yourself all adds up and makes you who you are. So now you see how one tattoo can change the way someone perceives you – it can change how you think of yourself. It all comes down to one thing that there is a lot that you can do with a tattoo.

While looking for a tattoo design or a tattoo idea, your first priority should be to find something you can relate to. Tattoo galleries are filled with tattoos; imagine thousands and thousands of designs. Picking one is a hard job but if you already know what you want to go with, it’s not that tough a choice. Trust your instincts and do what your heart says after all, the heart wants what it wants. And to lower your stress level just a little, we have a few popular tattoo designs for men. These 20 tattoo Designs are quite popular with the males and if your luck has it, you might find your design here. Take a look! 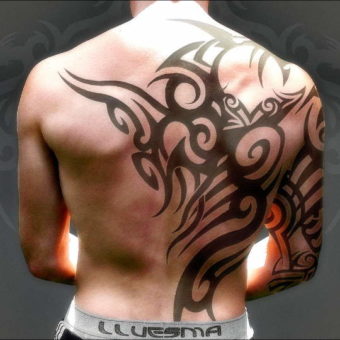 Tribal tattoos are the most common tattoos for men. You must have seen these on someone for they are such a success that men get attracted to these the first time they see the designs. As the name suggests, these are inspired from tribal designs, their symbols and images. Good thing about these tattoos is that they are available in numerous designs with each one unique in itself, a story waiting to be told. Moreover, you can conceive them as you like; your individual regard for the tattoo would be exclusive in itself.

Men love superheroes. Be it superman or Spiderman, they are all men and men dig that. As a kid, they read the graphic novels and when they grow up, there are movies to keep them in the loop. Having a superhero makes them feel like one too – powerful, charming and charismatic. Peter Parker’s uncle once said that with great power comes great responsibility. Such famous quotes are amazingly admired too. Honestly, the craze is not limited to the kids; once a superhero devotee, always a superhero devotee. Some other popular guys are Bruce Wayne, Iron man, Hulk and even Catwoman. 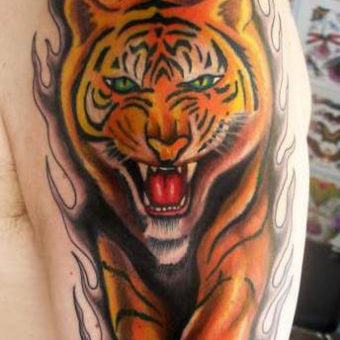 Fierce. Scary. Power. That is how you relate to a Tiger. An encounter with one will most definitely take your breath away and in a bad way. Nonetheless, men like the terrifying animal on their arm. It is just so good to look at. Although it is frightening in real life but when it is tattooed on your arm, the reaction you’d get is a big WOW. If you want to make an impression, make it with something ferocious that won’t let anybody forget you. In any case, ladies love a strong hand. 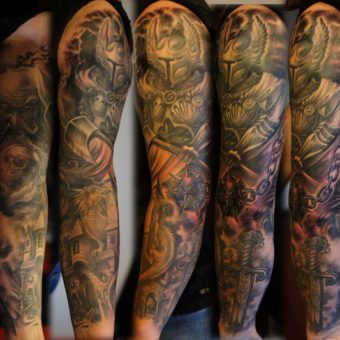 Tattoos for men are not just limited to a small area of your arm or leg; they go way beyond that. Full chest or back tattoos exist but half the time they are hidden because we have to wear clothes, don’t we? Sleeve tattoos could be flaunted off very well – just roll up your sleeve or wear one with a short sleeve and bam! Everyone knows you have a tattoo painted. This could be any design, image or art but the point is that your whole arm is covered. 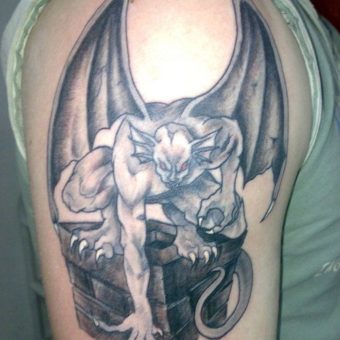 Oh, devils are all time favorite. They send out a very clear message about the person – the guy is up to no good. Just kidding, it is a popular choice because it looks very cool and dangerous and thrilling at the same time. Not to forget, these tattoos are very creative and you make them as horrifying as you want. Considered bad omens, these are ironically very well-accepted in the tattoo realm. 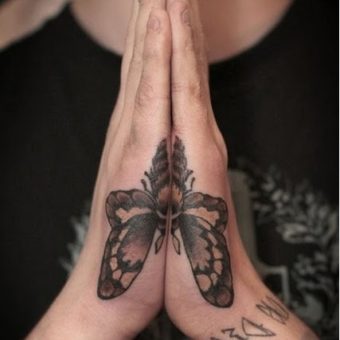 Anything pretty is not effeminate. It is a very wrong perception that cheerful, colorful things like flowers or butterflies are made for women. There are plenty of men who get butterflies tattooed in their body and that doesn’t take away from their macho-charm. If anything, it proves that what they want is more important to them than the prejudices among their acquaintances. At the end of the day, it signifies freedom, happiness and life. Epitome of life will help you live yours fully! 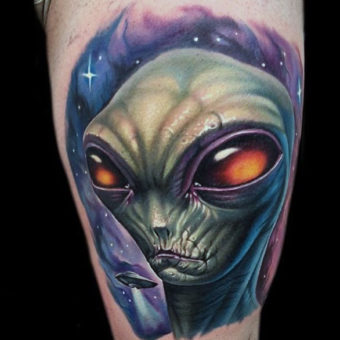 That thing from the Mars that attacks Earth and Tom Hanks saves the day. Die, Alien, DIE! Or that cute little guy from E.T. who becomes a real good friend of the kid. We’ve seen it all and we love it! Guys take inspiration from these people from the outer space, their own version of them sometimes, and paint it on. 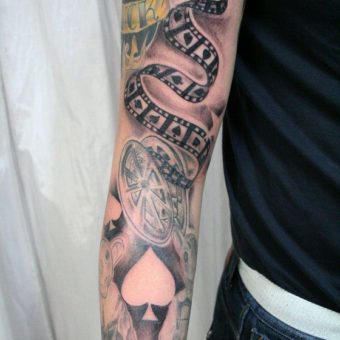 It is no secret that movies influence many of your decisions. Tattoos make no exception in that regard. It is a great way to show your admiration for your favorite movie, your beloved character or admiration of the art. Don’t be surprised if you find a Bond or Geisha or Lord Of The Rings pattern on someone’s arm. This is just the beginning though, the list of movie themed tattoos is endless. What’s your most prized movie? 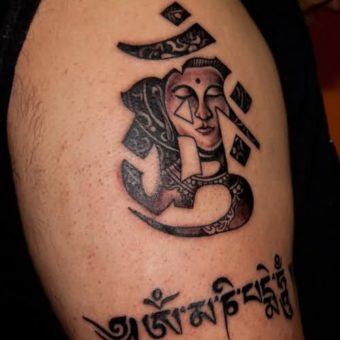 Scientific and mathematical symbols are not just the thing of the nerds. It is true that they reflect a deeper intellect though. Know your symbol – what it represents and where it is used or you’d be counting stars when someone asks you the meaning. 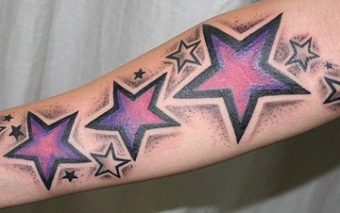 By the way, stars are pretty darn interesting too. You can even get it inked on the tip of your tongue. Several star formations and even constellations could be brought closer to you if you like. Some of its types include Pentagram, Moon and Stars, Sun and Moon, Shooting Star and Star of Life. It is quite popular among the different tattoos for men. 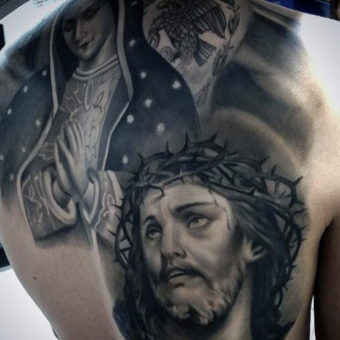 Jesus, crosses, psalms and religious quotes are depicted in ample of tattoos. It represents a belief, faith in God and proves that despite all the cynicism in the world, the religious preaching is still alive in the minds. Even the young and the restless are inclined towards the religion – they believe in it. No matter what the purpose of the tattoo is, if you get motivated by a religious form, it is a win-win for all the faith in the world. In God, we believe. 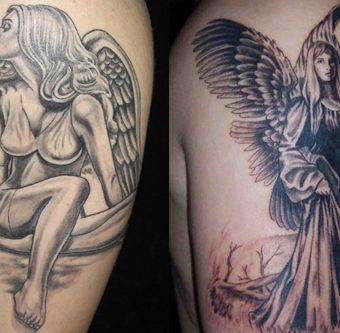 Getting one doesn’t mean you are one. Just that they look rather extraordinary. You can use these tattoos exactly like that – angelic, pure and transparent. The one that represent all the good in the world. Or twist it a bit and give it an altered image. These are also inked in for the loved ones whom people have lost, in remembrance. 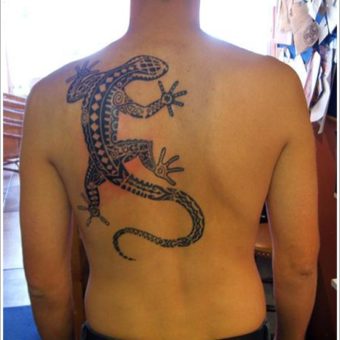 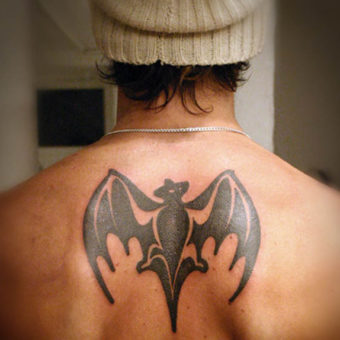 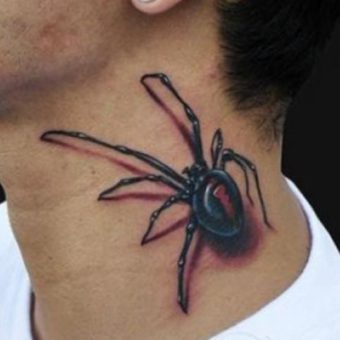 They are not creepy after all. You’d be amazed to see how many get these insects inked in their bodies and even like it. Perhaps it is the innovations on the real image that makes all the difference. They do have a meaning for the people and that specific thought could only be explained by the person who has it but you should know that it doesn’t look that bad. In fact, it might even be artistic to get one with a deeper meaning. Radioactive spider to make you Spiderman, huh? 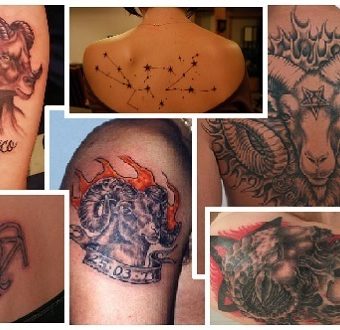 This tremendous demand for Zodiac tattoo designs implies that the personal meaning behind the signs are much more relevant to people. While getting a Zodiac tattoo regardless to which sun sign you are, you need to settle what you want – the animal representing your zodiac, the symbol of your sun sign or both. You can even get the circle of life, all the Zodiacs, if you want. Everyone basically knows what these signs denote. You’ll even find some people who’d tell you attributes of your sun sign – they are that widespread. 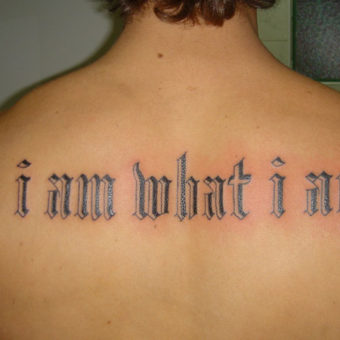 Get a tattoo in another language and confuse everyone. This is a well-accepted game everywhere. Chinese, Japanese and even Sanskrit are the top few languages that people get tattoos in and when someone catches an eye, they explain the meaning with great pride. 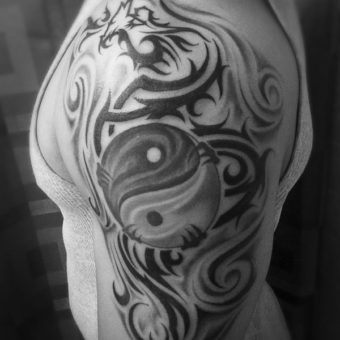 Ying yang represents luck. People wear them on their neck, get t-shirts with them printed and some really believe it believes them all the good in the world. If you are one of them, a Ying-Yang tattoo might just be your deal. It is a very simple tattoo design but then again, there are no limits to what you can do with an idea. Check out the tattoo gallery or make a design on your own to do something different. 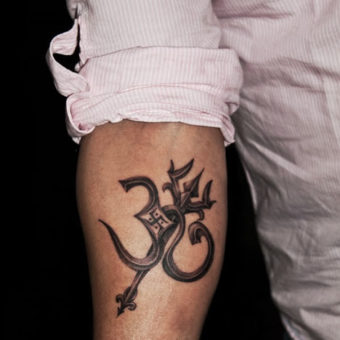 Om is a religious Hindu word with a very sacred meaning. It has a calming effect on the body too and thus, it is used to meditate as well. For all those looking for peace and prosperity, this word works like a charm. Every time you get angry or sad, look at this tattoo and you might be able to get a hold on your nerves. It increases concentration too, the word. 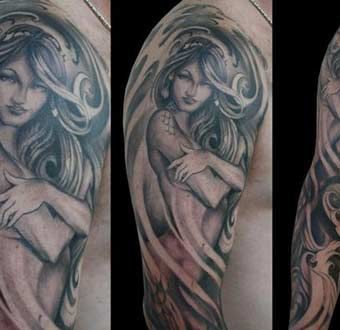 Mermaids are sexy. Need I say more? Ariel was a beauty and that whole half human, half fish thing is incredible. Any guy would be lucky to have a mermaid around. This really could be an amazing tattoo to go for from the list of tattoos for men, especially for the younger generation or the so called “funky men”.

Hey, men are patriotic too. No matter what, they really do love their country and respect it regardless to the faults that they see every now and then. You will find national flags and symbols painted on their bodies a lot. It is their way to pay a tribute to their motherland and it is no joke to make such a commitment. Some fight battles, some run it and then there are those who modify their bodies to show their love. 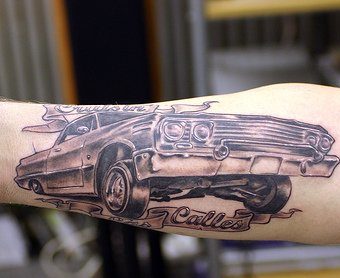 Well, men love these babies, more than anything else in the world. You hurt their bikes and you’ll be sorry. It is no wonder that even cars and bikes are such a hit in the tattoo world.

The location and size of the tattoo depends on just you. It could cover your whole back or just be a small little one on the arm. Every tattoo has a meaning. For you, it may be different than what it is for someone else, so don’t think it would be repetitive or you’d be copying someone else’s idea. If anything, it will be your version of that same tattoo. And this is not even close to what all you’ll see men wearing so proudly. You could also get a name tattooed – that is very personal though. If you are getting a tattoo, make sure you think it through and only go for the one among the tattoos for men that you relate to. Otherwise, there is no point to it, is it?

Crochet rugs are funky, fun and a great idea for adding a refreshing look to your room – usually for … END_OF_DOCUMENT_TOKEN_TO_BE_REPLACED